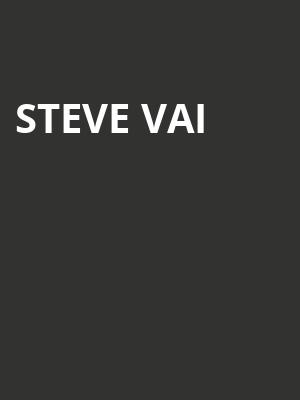 Renowned for his flaming fretwork and guitar virtuosity, axeman Steve Vai has been bending genres and strings for nearly four decades now and shows no signs of slowing down! The guitar god, who cut his teeth as a teen playing the difficult parts no one else could in Frank Zappa's band, is hitting the road in 2022 with his Inviolate tour!

Described in his own words as "Hendrix meets Jesus Christ at a party that Ben Hur threw for Mel Blanc," Passion and Warfare is a certified gold, instrumental rock album that many consider a landmark release for Vai. Showing off not only his technical prowess, the record is also exemplifies Vai's fearlessness in experimentation and composition.

Sound good to you? Share this page on social media and let your friends know about Steve Vai at The District.